After having such a great experience with the Avatalk Jogger, I thought I'd grab some Bluetooth headphones for home/train use, once again banishing the annoying wires. You can pick up the Soundwear SD10s for less than £20 including delivery from the usual online stores, so there were limited expectations at my end before they turned up, but they turned out to be even worse than I thought. 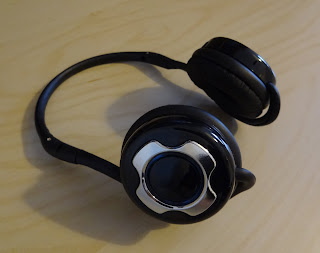 The reasons for trying the SD10s were that they fold up nicely (my self-imposed requirement being small enough to fit in the front pocket of a rucksack), they came with a case, and were powered by internal rechargeable battery. First up, they do indeed fold up nicely, and come with a small velvet pouch - not so much a case that would provide any protection, but pouches do take up less space than hard cases, so not the end of the world.

That's where the good news ends unfortunately. I tried many times to use the SD10s, but they were so uncomfortable I don't think I lasted more than 3 or 4 minutes on each occasion. The edge of the plastic around the ear hook was far too pointed, almost sharp, and dug into the skin around my ears! They were also I believe too heavy for prolonged use.


There is a claimed battery life of 20 hours, but I couldn't stand to wear them long enough to test this claim unfortunately. Charging is via mini USB on the side of the right-hand earpiece, with a red notification light to let you know progress. 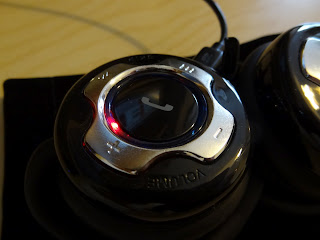 Here you'll also find forward, reverse, volume up and volume down buttons, arranged circularly around a multifunctional button for start/end call and play/pause. All the buttons are on one earpiece, and I couldn't help but think they would be better laid out across both earpieces.


I would've loved to have picked up a bargain here, but I got what I paid for in the end. It would be hard to recommend the SD10s to anyone as they are so uncomfortable and too heavy for prolonged use, hence the short review and swift re-sale on a local forum! 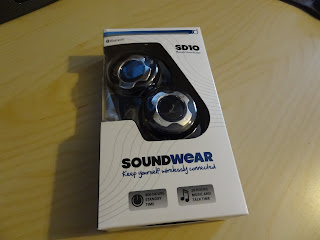 iPhones Are The Correct Choice, For Everyone Else

My wife, my sister, my sister-in-law, her boyfriend, my brother-in-law, his fiancée, her sister; all these guys now have iPhones. Sadly it's probably for the best.

They have no remote inkling for tinkering whatsoever, quite the opposite in fact. The less time they spend fiddling and setting things up and making them work the better, and the better for me too, as I'm the one they all come to for help! Sure I'd love it if they all had Android devices because that's what I choose myself, and it would be a more familiar OS for me to help them with, but I can't hand on heart recommend Android in the operating system's current state.

They won't worry about the walled garden of the Apple ecosystem and any limitations of iOS, because the restrictions won't be apparent to these non-geek users. iTunes is a horrible piece of work on Windows (apparently much better on OS X, but I can't back that up with no OS X machine in the house), and they all have Windows PCs/laptops. But they won't worry about using the nasty iTunes software for getting their music from PC/laptop to the iPhone, and for the occasional backup, because occasional use wouldn't get you that frustrated. Plus being non-geeks, they have lower expectations of software in general, whereas I expect things to be smooth. In the case of iTunes, I don't expect it to become unresponsive whilst changing the artwork for an album of 12 tracks for example (particularly with 8GB RAM and an SSD under the hood, where exactly does that delay come from?!)

iCloud features will "just work" out of the box, if they even choose to use them, as none of these people have Macs or iPads, so will only benefit from the backup side of it, not the sharing of photos amongst devices. iMessage will again "just work" out of the box, and I reckon half of them won't notice or even care to wonder why certain messages are in different colour bubbles. As long as the person at the other end gets the message, and they get a reply, that's all that matters.

Personally, I have grown accustomed to being to configure everything exactly as I like it, for example:

Some of those are biased to Android because I'm a heavy Google services user, and some may even be possible with iOS, with which I don't profess to be an expert. However, my point is that I want to be able to do these types of "power user" things with my device, whereas the normal user wouldn't be the slightest bit concerned. What will matter to them is things like getting music onto the phone (iTunes), getting all the apps their mates have (App Store still winning here let's face it), maybe the odd backup when one of their mates loses their phone and loses all their photos (iTunes again). These types of tasks are still too involved with an Android device, no matter how much hand holding the Android OEMs put into their GUIs for events like plugging into a PC.

This is why iPhones are, at the moment, the correct choice for everyone else, but not for me (and many other geeks of course).
Posted by Jamoi Holland at 11:36 1 comment: